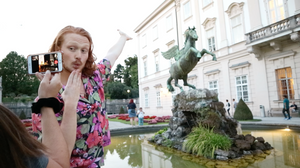 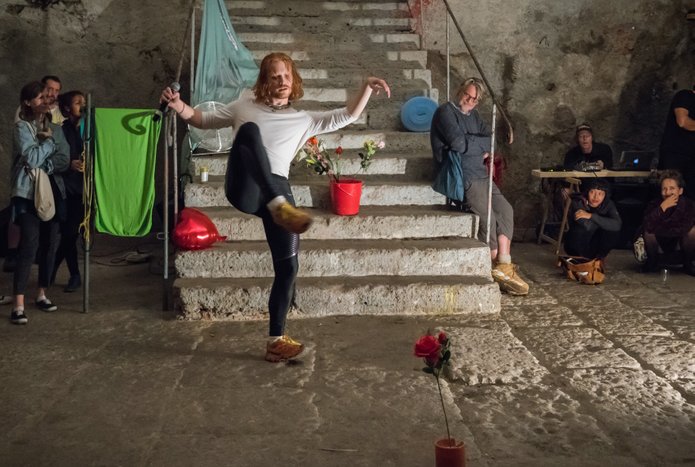 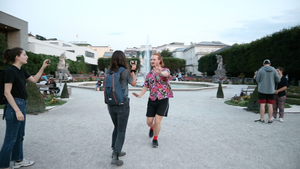 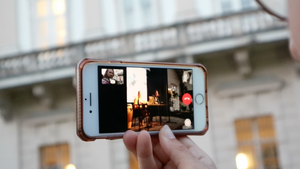 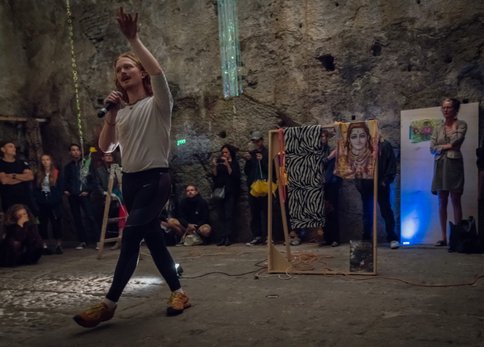 The project consisted of two performances using the garden as a stage.

The first one was a real-life guided tour through the Mirabell Gardens in Salzburg, which was streamed through a facetime call to a performance event in Oslo hosted by Arash Shahali.
The performance was without sound in Oslo, and as such had to use improvisation on both ends to make it work. In Salzburg Niels performed with lively gestures, and in Oslo Arash narrated whilst being accompanied by the live music of Vilde Tuv.

The second performance took place in a basement at Hohenfestnung Salzburg at the performance tour ”Every Breath You Take” done at a workshop with artist Yorgos Sapountzis.

Here the stage was set in between an exhibition- and a studio space, the narrative was unfolded through a monologue and sound. It was concerned on how finding a fictitious

garden and how to inhabit it when finally found. 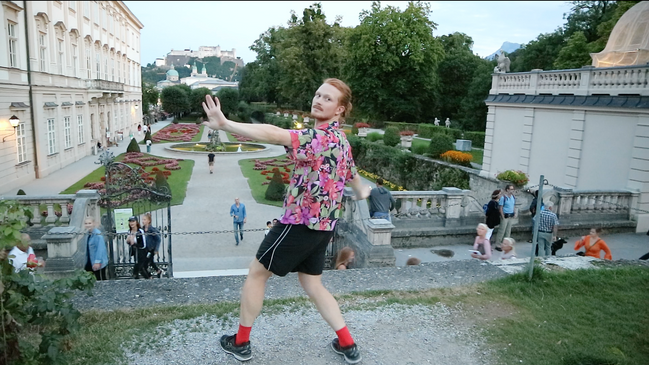